On Or Off? Suggestions On How To Prepare For Your Open House 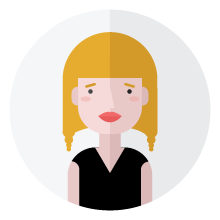 Real estate is one of the best investments a person can make. Most of the time, the value of property increases greatly over a short number of years. If you have some extra cash that you are looking to invest, real estate could be just what you are looking for. My blog contains all sorts of tips and information that can help you find, research and purchase investment property. You will find out about what properties to look for and what properties to avoid spending your hard earned money on. Hopefully, by the time you reach the conclusion, you will know exactly what you need to do to put your money to work for you.

On Or Off? Suggestions On How To Prepare For Your Open House

In advance of their open house, many homeowners understand the importance of giving the entire dwelling a thorough cleaning. Where you might run into confusion, however, is deciding whether certain elements should be turned on or off. There are many such devices throughout your home, and having them either on or off can make a difference in how people view the residence during the open house. Here are some different elements and how they should be set.

You don't want people who visit your home to fuss over finding light switches, so it's a good idea to turn every interior light on before you vacate the premises. Bright rooms will show the cleanliness that you've worked so hard to achieve, whereas dark rooms may suggest that you're hiding something. Additionally, a bright room often looks larger than a dark room, which is something that's beneficial to showcase during an open house.

Generally, you should plan to leave your ceiling fans on during the open house, too. Set them to a low setting, though, as you don't want them spinning quickly and creating unnecessary noise. If it's a little muggy in your home, which can especially be the case during a summer open house with lots of frequent visitors, fans can help the air to feel less stuffy.

Some homeowners may like the idea of having a radio playing gently in the background. While doing so might not exactly scare interested buyers away, it could be distracting and not provide any added value. Additionally, not everyone will favor your choice of music, which could bother some visitors.

It might seem like common sense to leave your stove off, but some people like to fill a pot with water, add some aromatic spices, and then let the water simmer at a low temperature. While it's true that this approach will make your house smell inviting, it could also be problematic. There's a chance that someone could inadvertently burn himself or herself, and some visitors may think that you're trying to disguise an odor in the house.